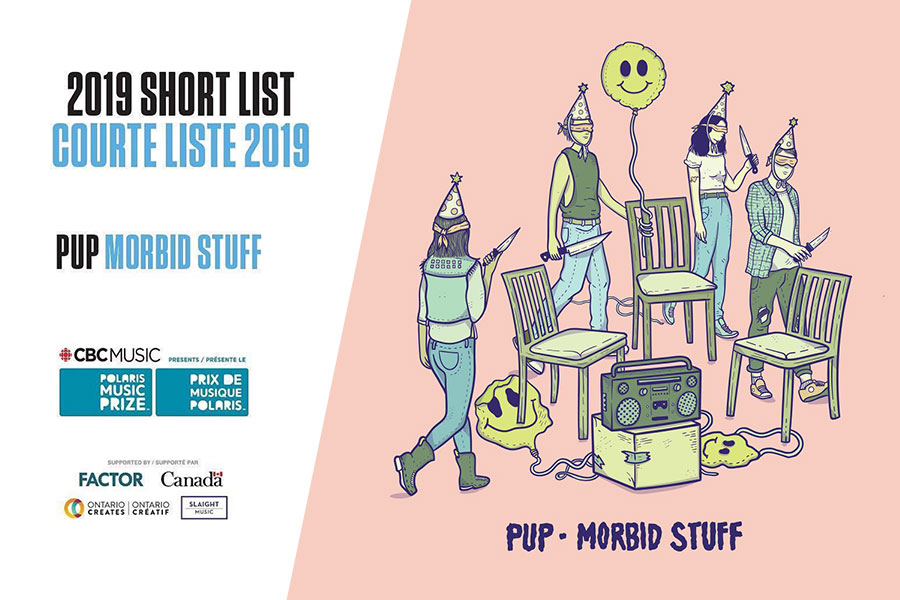 Pup is nominated for the Polaris Music Prize with their album “Morbid Stuff“. The annual prize is awarded to the best Canadian album of the year, and the winner will be revealed at the Polaris Gala on 16 September. In addition to bragging rights, the recipient receives a $50,000 cash prize.

The Polaris Music Prize is a not-for-profit organisation that honours artists “who produce music albums of distinction”. A panel of judges made up of Canadian journalists and music industry figures pledges to award the prize “without regard to musical genre or commercial popularity”. Previous winners have included Arcade Fire, Kayranada, Fiest, Caribou and Tanya Tagaq.