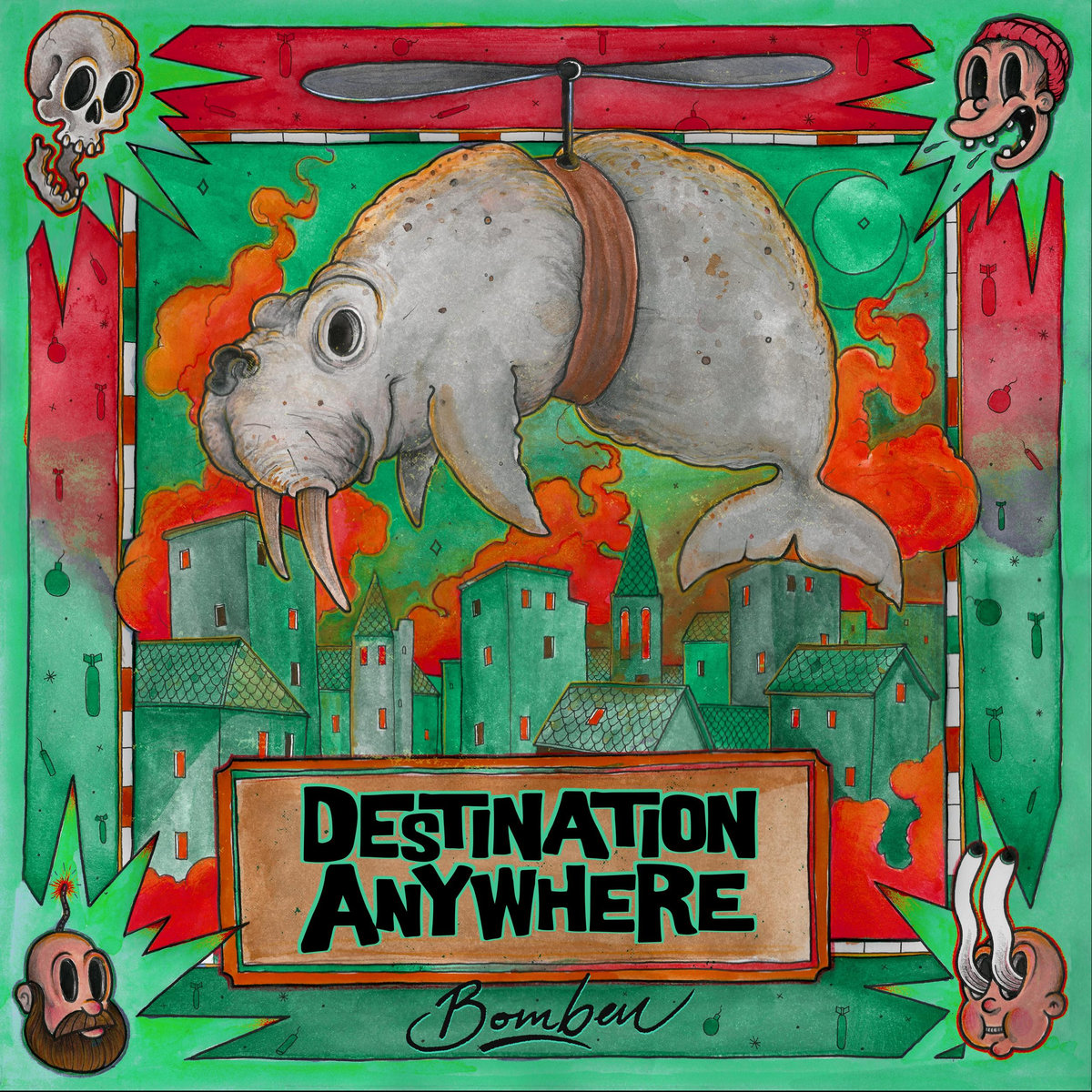 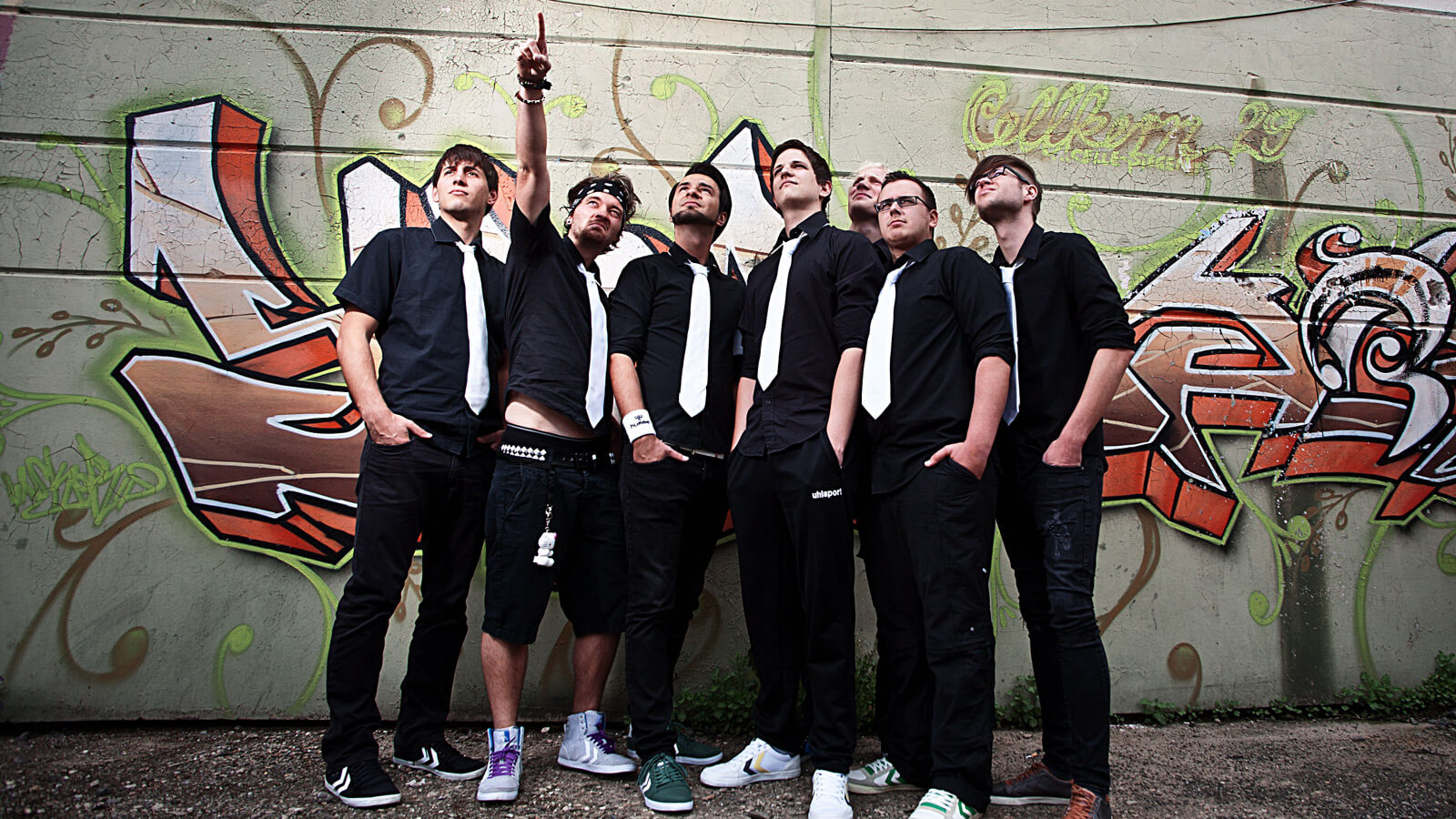 Punkrock & Poppunk with a wild heart, accompanied by trombone, saxophone & trumpet: Destination Anywhere are the German party band for outsiders. Wild live shows and unbridled joie de vivre meet understanding lyrics about those who were always the last to be elected to the team in sports class.

Destination Anywhere were founded in 2006 and quickly caused a stir in the German punk rock scene with their first EP. The first album “Sobstuff, Tales & Anthems” followed in 2008, where they lost control after more than 15.000 free downloads in the first weeks – at a time when other bands were still busy building up their first Myspace sites.

The following years were turbulent, with the band getting to know their house and court producer David Bonk, releasing several albums, EPs and music videos, playing at Rock am Ring and many other well-known festivals (Mach1-Festival, Spack! festival, Traffic Jam Open Air… ), making an impression at Visions-, Slam- and Ox-Magazin and last but not least changing to the German language. On their new album “Bomben”, their first for the renowned punk rock label Uncle M, the band from Siegen goes one step further. As loud as here Destination Anywhere have never rebelled against xenophobia, fascism and sexism and raised their fists. Especially in the song “Being handicapped is gay” we clearly position ourselves”, frontman David Conrad explains.

“When I look at how right-wing slogan-wingers enter the Bundestag, it is our responsibility to mix serious tones between the good mood at concerts. Our call to dance and tolerance should go hand in hand! While others poison this world with real bombs, we throw back our bombs in album form. Together we hope for change and to be heard. We are separated, because our bombs function constructively and no one is in pain.
to the other.” “Bomben” also scores with songs that stand in a tradition to the previous albums of the band. “In Astronaut, Außenseiter & Man on the Moon we again dedicate ourselves to the lost, the loners and the handicapped. When the love songs run with the big pop bands,
then our fans yell “I’ve never been so happy” as a reply. No one is normal, no one has no problems and no one is always happy, you shouldn’t have to hide that even in a sham polished world. Destination Anywhere should be a band for everyone, not just for the “winners”.

If you want to experience Destination Anywhere at its best, you have to come to one of their numerous concerts. For more than 10 years, the octet has played more than 300 concerts nationwide, leaving enthusiastic fans every time. For their release show on 25 May 2018 in Siegen and the upcoming festival season, the costumes have been thrown over and the schnapps packed. If singer David still trains a bit, he’ll be jumping to the moon soon! Party, Punk & Brass Orchestra! The boys are back in town. Will bomb!