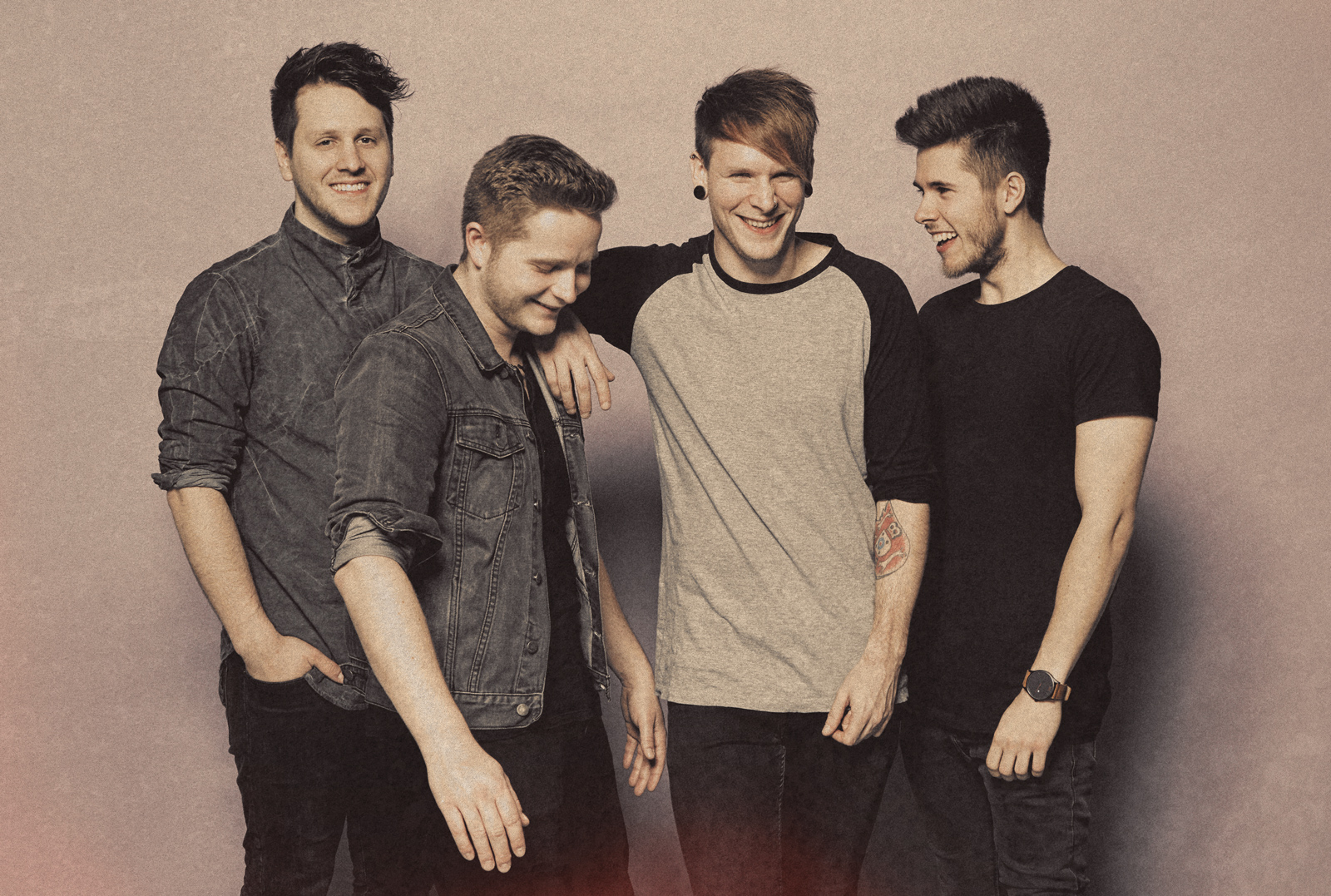 Hardly any other German alternative rock band can build on such a strong feeling for thrilling songs as Flash Forward. The energy of Anberlin and the elegance of Dashboard Confessional are reflected in the sound of the quartet as well as the power of The Used.

After years on tour Flash Forward will release their new album “Revolt” on 24.11.2017 on Uncle M Music (Apologies I Have None, Boysetsfire, Anti-Flag). The album marks a significant turning point in the band’s history and, in addition to their familiar, irresistible guitar riffs and rousing hymns, offers a newfound profundity: Flash Forward demand social change, to which each individual has to contribute, and criticize the constant, egoistic striving for self-optimization.

The guys from the Ruhr area know what they are talking about, because for many years they themselves have never missed an opportunity to work for the band without a break, to remain persistent and to wear themselves out for their own success – which as a young band also means that wrong decisions are inevitable. Although Flash Forward were able to score at the Bochum Total Festival, Abifestival Lingen or Green Juice Festival with their breakneck live show and charm and also enchanted many blogs and magazines (“their outstanding mixture of Billy Talent, Simple Plan, 30 Seconds To Mars as well as Bring Me The Horizon is unique in Germany” – The Pick Magazine), the unrelenting race in the band’s own hamster wheel ended in the mixed album “Who We Are” (2016). At the end of a power-sapping creation process, the band couldn’t completely fulfill the expectations of their fans and themselves. What to do? Everything at the beginning?

No: Everything’s different! With a new team and fresh impulses, Flash Forward 2017 repositioned themselves and reconsidered their true talents: a songwriting whose handwriting includes a certain international touch, a production whose power is able to stand up to its American role models and, last but not least, the courage to open up to new elements and influences at the right moment. What could feel like a step backwards was rather a moment of pausing for us: “In winter we began to concentrate even more on ourselves and to acquire a cartel mentality,” frontman Stefan describes the starting position in the new year. Revolt describes to a certain extent our frustration of the past years – constantly someone comes from outside and says “You have to, you have to”. We don’t let ourselves be bent anymore, but go our own way self-confidently”.

The newly won maturity of the band also includes their increasing feeling for the problems of our society. Instead of the omnipresent egoism, the trio demands more solidarity and the individual contribution of each individual for the benefit of all. In 2017 Flash Forward finally arrived in their own scene and have something to say. Paired with hymn-like choruses and a perfect mix of alternative, indie and punk rock it is Flash Forward’s strongest and most diversified album so far, which is underlined not least by the guest features of 8Kids and To The Rats And Wolves. Produced by Florian Nowak (Itchy, Emil Bulls), “Revolt” testifies to the maturing process of Flash Forward, which will continue to sweep away the country’s clubs on tours together with greats such as You Me At Six or the political punks Templeton Pek.