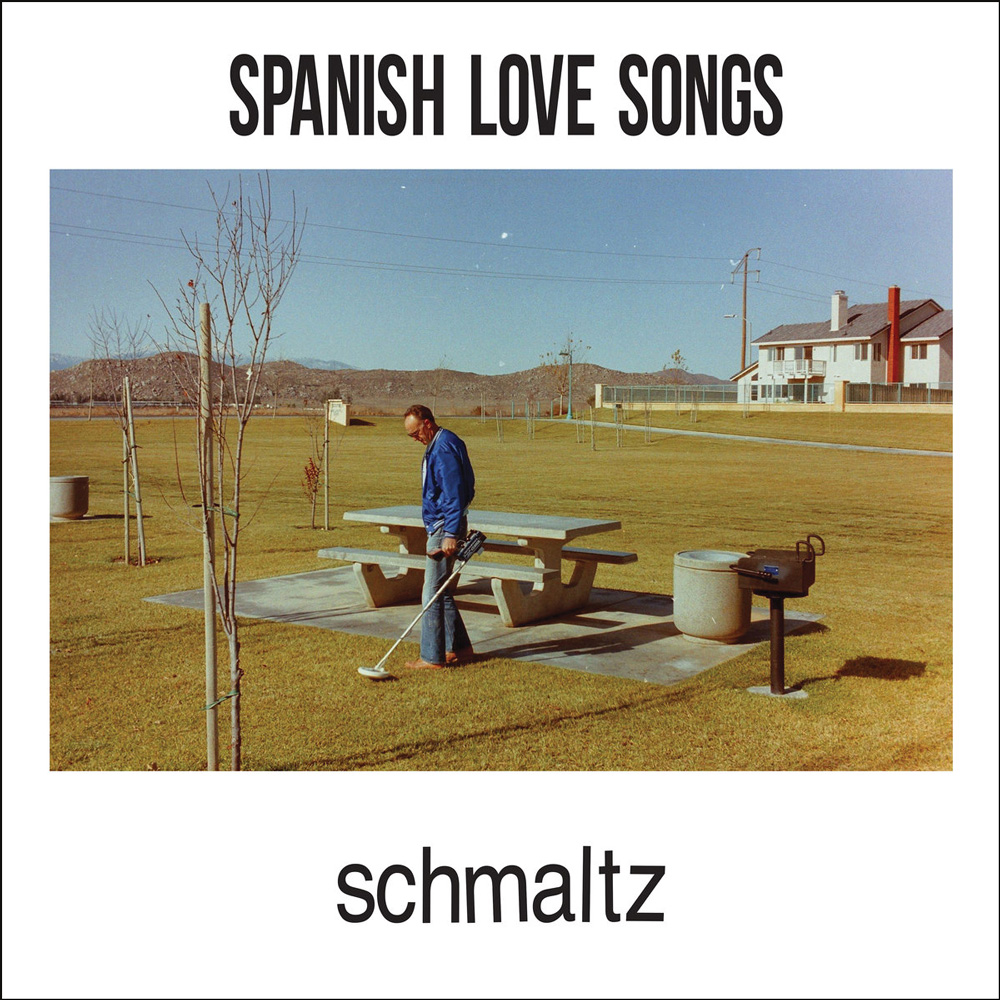 Who mixes melodic punk rock so passionately with deep sad emo like Spanish Love songs, must have gone through a lot in his life: The five-piece band from Los Angeles has been throwing themselves into emotionally intense songs between The Menzingers and Tiny Moving Parts since 2014 and finally presents “Schmaltz” (March 30, 2018 via Uncle M Music), a new album that will ignite the hearts of the local flannel shirt punks.

Their first album “Giant Sings The Blues” was released in 2016 by Spanish Love Songs via Wiretap Records. The songs on it were about interpersonal indifference, personal fears and a slowly decaying marriage – packed into fast drum beats and rousing power chords, which gave hope to even the most lonely of punk kids and enriched Gainesville punk with devotional melodies and lyrics.

Now Spanish Love Songs are releasing their second album “Schmaltz” – and one thing already becomes clear after the first listening: The band has broken up their emotional punk rock further. The songs sound even more passionate and vulnerable, even more desperate and defiant.

Similar to The Hotelier on their album “Home, Like Noplace Is There” from 2014, the Californians take their listeners by the hand with the first two songs “Nuevo” and “Sequels, Remakes, And Adaptations”: The opener leads softly but with an intense increase into the broken world of the band before they measure their slightly rumpled but always lovingly intimate punk against bands like Iron Chic, The Flatliners, Banner Pilot or Red City Radio. In a total of ten songs, singer and guitarist Dylan Slocum searches for a way to deal positively with the loss of loved ones and to accept oneself – in a world that doesn’t always feel at home.

In the past, the band has also won many of their fans through their lovingly produced music videos, which are in a tradition of clips like Tiny Moving Parts’ “Headache” or The Menzingers’ “I Don’t Want To Be An Asshole Anymore”. An aesthetics that moves somewhere between sequences of dull everyday routines and a living-for-today attitude to life and absurd exaggerations. The video for the single “Joana, in five acts” also reaches into this everyday ironic box of tricks and quickly catapults itself into the hearts of the audience.