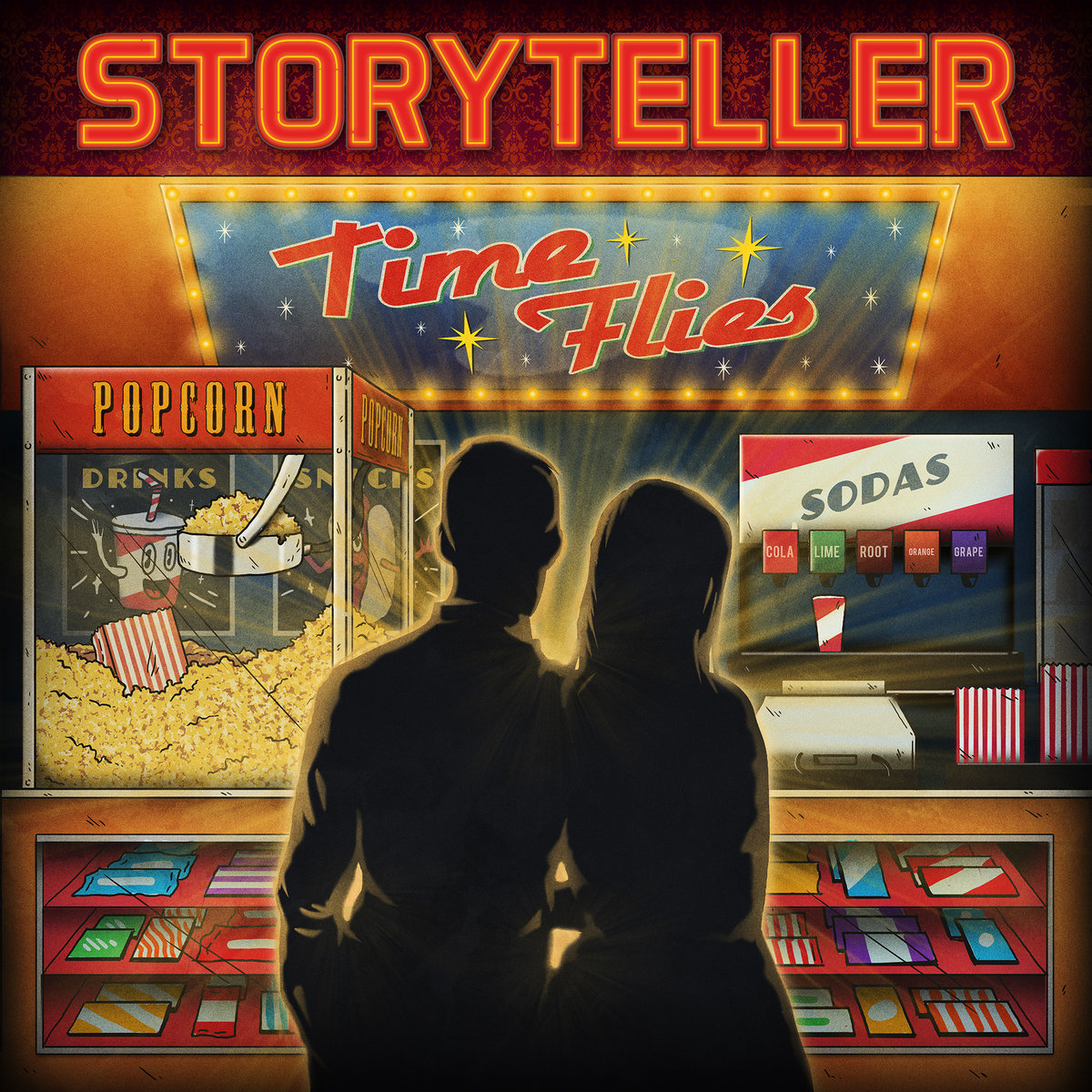 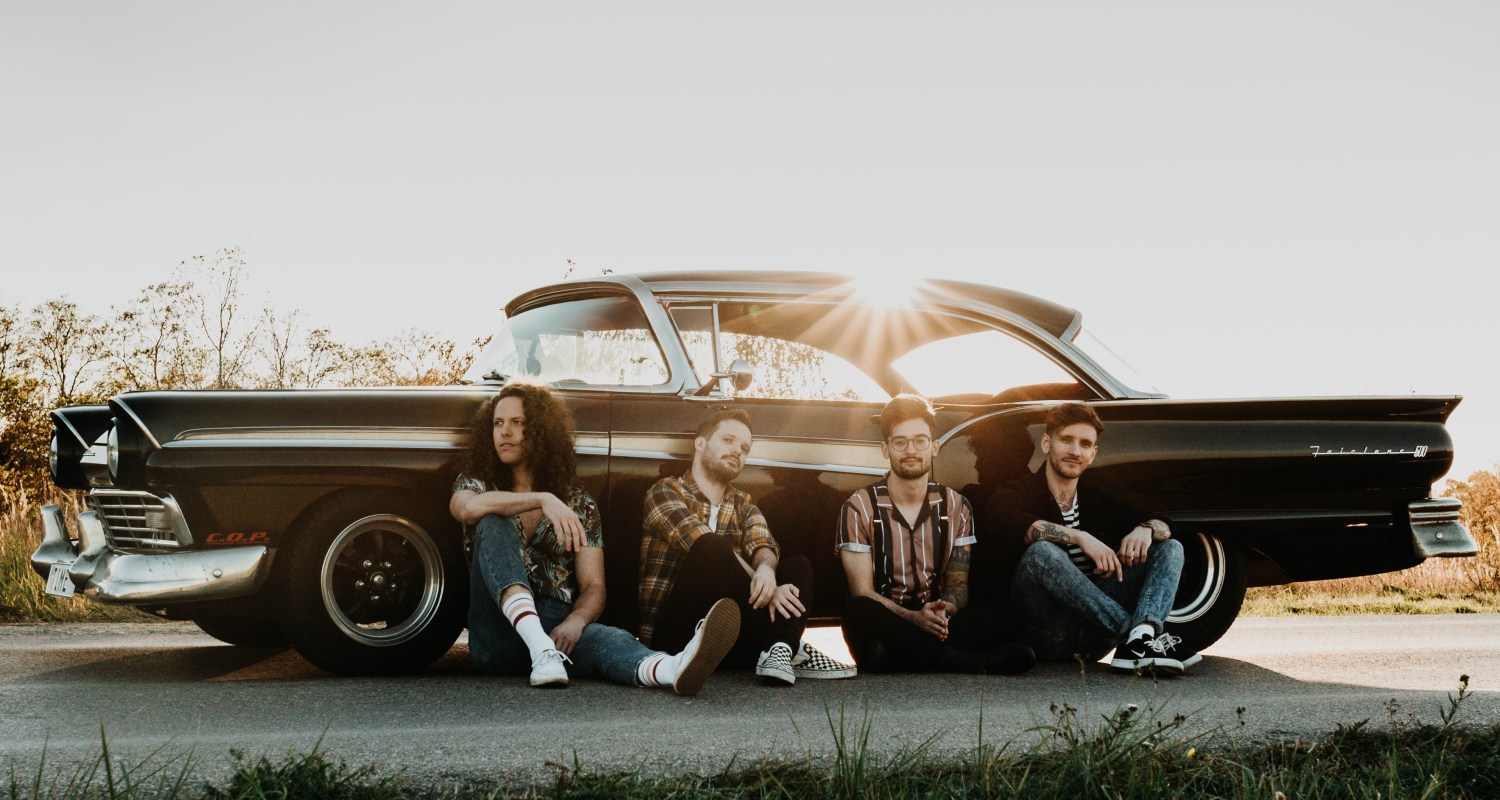 With some bands it is important to hear what is not said. For example, the story behind an underground band like Storyteller, who for years, alongside international greats such as Neck Deep and State Champs, has been fighting their way around in a sparsely populated Poppunk landscape in East Germany, constantly taking three steps forward and two and a half back, and yet still believing that they can change something in the music scene with passion and professionalism.

On 08.03.2019 their third studio album “Time Flies” was released, but before it could come to that, they had to muster a lot of endurance, energy and passion. Storytellers come from Leipzig, and although East Germany is not exactly known as a stronghold for their genre, the band is hiding real primeval rocks. Bassist Nils Sackewitz works in one of the biggest live clubs of the city and helped organize the Destruction Derby in Dessau for a long time. In recent years, the quartet has toured with Four Years Strong, Boston Manor and As It Is, and as a support band for Yellowcard, The Story So Far, State Champs and many more, playing their way into a network of numerous favourite bands and scene favourites.

“Time Flies describes our burning and the search to be more than we are,” says singer Rico Opitz about the new album. “For me, this is about almost being broken under the weight of my own creative aspirations. I barricaded myself in my bedroom for weeks and months, was hardly available to anyone and recorded the same chorus and the same song lines a thousand times only to drown myself in self-doubt afterwards as to whether it was good enough and whether I would not disappoint my band mates with this performance. I’m someone who just buries himself in a job and won’t let anything else happen”.

Songs like “Everlasting” and “With You” describe the good intentions Storyteller’s career was paved with, and how much has been left behind.

The album contains their most personal and emotional songs so far and describes the strong cohesion of the band, “without which we would not have mastered so many personal abysses in the first place”.

According to singer Rico, the band also always has the many inner enemies it would have been necessary to defeat in recent years:
“My inner enemies have many faces, sounding too German when I sing, not being able to find good words for our songs or just not being able to express what I want on stage. My fears and enemies belong firmly to me and all their faces are described in our songs and I think during the years that flew by I have learned to deal better with my enemies”.
Storytellers are more than the lighthouse band of a small underground landscape in Germany that has never had a big breakthrough in pop and rock spheres. With their professionalism and strong ties to the English and US-American scene, they bring the best memories of the 80s into the present. Back when the United States was still associated with 3D glasses and popcorn in drive-in cinemas, and a song like “You” would have provided the perfect soundtrack for a lukewarm night of adventure. Storytellers have the talent to change something in the scene, to revive it with their warm-hearted, energetic sound.

“The last few years have been great,” says bassist Sackewitz, “and our music has brought us together with many of our favourite bands. I’m afraid we don’t have enough of all the ups and downs yet.”

“Time Flies” was recorded by Christoph Wieczorek and Peter Leukhardt at Sawdust Recordings Studio in Halle/Saale and mixed and mastered by Wieczorek.