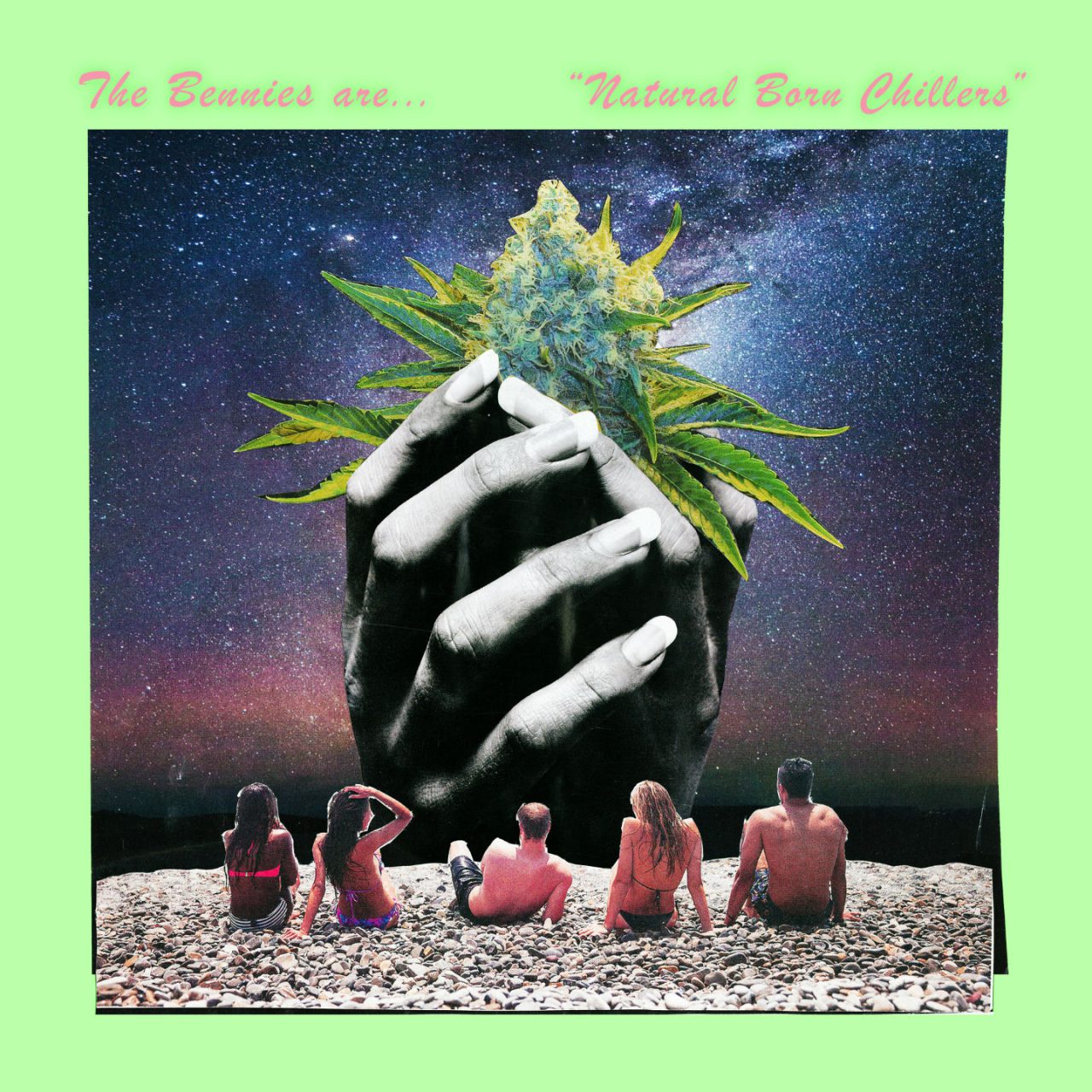 The Ode to Freedom: THE BENNIES with their explosive mixture of ska, punk and crashing, techno-heavy dub are not only famous and notorious in their home country Australia for years as a chaotic natural force due to their completely wacky stage show – the four musicians also prove with their album “Natural Born Chillers” the self-reflexive further development of an established and grown band.

After their last album “Wisdom Machine” THE BENNIES went uphill. In their home country Australia, a huge success, the single “Party Machine” became a hit, which took the national rotation lists by storm with over a million spotify streams and gave the band sold out shows all over the country. As workhorses, the four multi-instrumentalists tirelessly toured the whole world: in Japan, Great Britain and even three times in Europe, they left behind hundreds of completely disassembled clubs. On tour with friendly bands such as Living End, The Smith Street Band and Less Than Jake, THE BENNIES have now advanced into the first-class ranks of bands in their genre, who no longer have to hide from the Mad Caddies and Mighty Mighty Bosstones. For those who perform in neon-coloured Spandex trousers and even raze the Groezrock Festival 2016 to the ground with their wild, psychedelic mixture of tipped ska, punk, electro and crossover, will not find it hard to attract attention. Originally only intended for the small side stage, THE BENNIES, one of Australia’s hottest exports, together with no less than 10,000 concert-goers turned the gig into the biggest party Belgium has ever seen.

THE BENNIES turn their lives into a single celebration, wanting to get the maximum experience out of everything – a positive-explosive attitude, which also moves through personal experiences, strokes of fate and a look into the deepest abyss.

The four musicians know what it means to have arrived at the bottom, and that’s exactly why they are shaping their everyday life as a touring band without a thought for tomorrow: The commitments can wait, we want to celebrate.

As a band from the ska-punk scene with electro and crossover influences, the live demolition naturally has a high value in their artistic work – but THE BENNIES now attach no less importance to the message and content of their music. So on the one hand their newest prank “Natural Born Chillers” immediately sets a powerful tone: The extreme energy directly from the stage, a sound for which the Australians are now famous and infamous. Paired with a clear advancement in their songwriting in music and lyrics on the other hand, this results in an album that is suitable both for the big party and for the hangover philosophizing in the morning after.

Recorded by “Sam Johnson” (The Smith Street Band, The Hard Aches, Camp Cope) and mastered by Steve Smart, “Natural Born Chillers” unites numerous influences like none of their albums so far and proves impressively how THE BENNIES still go their own way, independent of current trends or hypes, and that more successfully and better than ever before.

The crashing first pre-release single “Get High Like An Angel” deals with the inner conflict “whether you should behave sensibly or shit on everything and party” according to frontman Anty Horgan. Songs like “Dreamkillers” and “Apathetic Revolution” are escalative punkoes disco breakers, while “Destination Unknown” tries its hand in more melodic realms and deals with the adventurous journey the band is on with their ongoing tours. The spoken word song “Trip Report” tells a story of its own and at the same time inspires laughter, dancing and reflection, and “Very Shit Carpet” ends the album with a rousing ode to the freedom of punk – a song you turn up to get in the mood for the party with good friends.